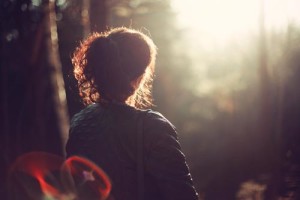 During your marriage, it was your spouse who contributed the lion’s share of financial resources to establish and maintain the standard of living that the two of you enjoyed for so long. Now, you and your spouse have separated — what do you do now?

Here in the Palmetto State, the Family Court provides for both Alimony and Separate Support and Maintenance; the former in cases of divorce, the latter in cases of separation.

Separate Support and Maintenance is support paid and received prior to divorce, generally during the time that the spouses await the one year of continuous separation necessary to satisfy the state of South Carolina’s  standard for no-fault divorce.  Separate Support and Maintenance is in effect much like periodic alimony, in that it is paid periodically, terminated upon either the death of or divorce from a spouse, and is able to be modified upon a showing of changed circumstances.

Alimony is support paid and received after divorce.  It comes in the form of payments made by one former spouse to another, and it is available to either party.  Alimony is a support obligation, not a device used to punish one side or the other, and it is best looked at as a continuance of one ex-spouse’s duty to support the other — a duty which grew out of the marital relationship.

In South Carolina, there are four basic types of alimony:

When dealing with matters of child support, the courts are largely guided by the formula promulgated by the South Carolina Child Support Guidelines.  In matters of alimony and Separate Support and Maintenance, however, there is no such formula.  Instead, the Court generally considers 13 different factors when making an award of either Separate Support and Maintenance or Alimony.  Those factors:

Effect of Fault on Alimony and Support

If that fault or misconduct comes in the form of an extramarital affair, it is absolutely, unequivocally imperative to understand that, in the Palmetto State, adultery completely bars the award of alimony. Pursuant to S.C. Code Ann. § 20-3-130(A):

No alimony may be awarded a spouse who commits adultery before the earliest of these two events: (1) the formal signing of a written property or marital settlement agreement or (2) entry of a permanent order of separate maintenance and support or of a permanent order approving a property or marital settlement agreement between the parties.

In other words, absent certain and rare circumstances, no alimony may be awarded to a spouse who commits adultery before the signing of or entry into settlement agreements or a Final Order. When going through a divorce, therefore, it is always best to avoid dating–or even the perception that you may be dating or romantically involved with another person–until the ink is dry on your divorce decree.

To prove adultery in South Carolina, the party seeking to prove same must show both inclination and opportunity. What does that mean?  Well, the standard is nuanced and often fact- and case-specific; call me for a consultation, and we’ll talk.

In some cases, highly dependent upon the financial circumstances of the parties involved, temporary support in the form of suit fees, or “suit money,” may be awarded during the course of proceedings in order to enable the supported spouse to prosecute or defend the divorce action.  Should it be later determined that the supported spouse is not entitled to support because of adultery or other reasons, however, the spouse that received the suit money may be required to reimburse the spouse for any temporary support paid.

You have a sense of it from reading above — in every case, alimony and support are highly fact-, case-  and detail-specific.  Different types of property can weigh into consideration of any award, as can the individual financial circumstances of each party.  It is highly recommended that you discuss this matter with an experienced family law practitioner.  Here at Lowcountry Divorce & Family Law, I deal with these issues every day, and am happy to help.  Peace of mind is only a phone call away.