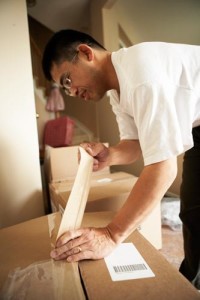 Parental relocation may be the single most emotional aspect of domestic litigation. Whatever side you find yourself on, we can help.

It was during a hypothetical parental relocation case way back during my final semester at Rutgers Law School when I knew, without a doubt, that I wanted to practice family law.

Growing up the child of divorced parents, I watched as my own father moved from Philadelphia, to Chicago, to St. Louis, to Dallas, to Houston, and finally to here in the Lowcountry, where he retired. It was tough on me, as a little kid, to have my father so far away for so much on my life. From what he tells me, it was even tougher on my father. It wasn’t easy on my mother, either.

Without a doubt, I find parental relocation to be the single most emotional aspect of domestic litigation. One parent has to deal with all of the stresses of moving in itself, not to mention the protests of a former spouse or parental counterpart, understandably heartbroken at facing the prospect that their child will be moving hundreds or even thousands of miles away.

As a parent, I can tell you that there is little as special as having the opportunity to watch your child grow up before your eyes. At the end of the day, in every parental relocation case, one parent stands the chance to lose that opportunity. Conversely, being given the opportunity to relocate with your child or children often comes at the cost of those “fun times” – long summers, long holidays, and much more.

Nobody truly wins in a parental relocation case. In our increasingly transient society, however, they are unavoidable.

Since Lowcountry Divorce & Family Law has opened, we have been on both sides of parental relocation cases. We have fought for mothers who want to relocate across the country along with their new husband and their children, and we have fought for fathers who want desperately for their children to stay within reach. If you are facing a relocation, from either side, timing is incredibly important — call us so that we can talk. The law with regard to relocation cases is perhaps more nuanced than any other aspect of Family Law.

Way back in 1892, the South Carolina Supreme Court established a presumption against relocation in determining whether to allow a custodial parent to relocate with a minor child. Since then, however, that presumption against relocation has been overruled, as the Court felt that it was wrong to always presume that relocation was antithetical to the best interests of the child or children involved. Just like in all other types of child custody cases, in parental relocation cases the best interests and welfare of the child control.

In 2004, a two-prong analysis was set forth by the South Carolina Supreme Court in Latimer v. Farmer to assist and provide guidance in those cases in which a non-relocating parent is seeking a change in custody as necessary to avoid the child leaving town with the other parent. The Latimer decision required that both prongs be satisfied and, according to the Court, the non-custodial parent seeking a change in custody must show:

Indeed, if the prospect of your children moving across the country is looming, call us. You may be in the position where you need to prove both that a substantial change in circumstances has occurred, and that allowing the child to stay behind would be in the child’s best interests.

To prove that there has been a substantial change in circumstances, you must show that a change occurred subsequent to the entry of the divorce decree or original custody arrangement, and you must also show that the change must be enough that it substantially affects the interests and welfare of the child, not merely the wishes or convenience of the parties involved. Unfortunately, the Court in Latimer also specifically stated that relocation in itself is “not alone a sufficient change in circumstances,” though some Judges may feel otherwise.

To prove the second part, it is crucial to ascertain whether a change in custody—and, more specifically, a change of custody due to a relocation—serves the best interests of a child. Unlike many other states, the Palmetto State has not specifically set forth factors to consider in such an analysis. In Latimer, however, the South Carolina Supreme Court examined factors as laid out by other states, including New York, Pennsylvania, Montana and Florida. By distilling those states’ factors alongside a comprehensive 12-factor test set forth by the New Jersey Supreme Court in Baures v. Lewis, it would seem that eight factors arise for consideration by this Court:

On a case-by-case basis, certain factors are more important than others. In some cases, for example, one parent may not be particularly good about ensuring that the children speak with and see the other parent, and then that parent wants to move hundreds of miles away. In other cases, the parent opposing the move is only opposing the move because he or she doesn’t want the parent hoping to move to have a life of their own.

Whatever side of a relocation matter you find yourself on, call us. We have experience on both sides, and we can help. Call us. Peace of mind is only a phone call away.