Left to their own devices, people sometimes have a funny way of dividing property and coming up with settlement agreements following the close of a marital relationship.  I recall one gentleman who must have walked through his home with his wife pointing out and labeling their things, so detail-oriented as to delineate in their list exactly who was going to get the coffee table, who was going to get the can opener, and who was going to get which lamp — but when I asked him who would be responsible for day care expenses for their young child, he merely blinked and said, “well, we didn’t think about that.”

That’s my job.  To think about stuff that might not immediately come to mind.  Not only obvious stuff like dealing with the cars in your driveway or determining who gets what part of the Christmas holiday break from school with the children, but also not-so-obvious stuff, such as who gets to celebrate Halloween with the kids, or how much of a retirement account is actually marital and subject to equitable distribution.

When it comes to the distribution of property incidental to a divorce, most cases will follow a four-step process. 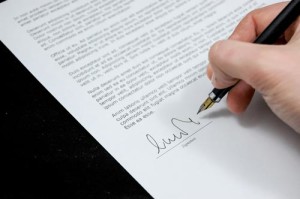 Marital property is defined as:

Non-marital property is defined as:

What makes a good settlement agreement? When it comes to bringing your marital litigation to fruition, in general terms it is going to happen in one of two ways: either you’re going to trial, or you’re going to settle.  Trials are expensive and contentious, and the outcome may very well be unpredictable. Coming to an agreement and going in front of a judge so that the agreement may be ratified by the court allows for a little bit more creativity, allowing both parties to walk away with a result that benefits all.

A good settlement agreement will be detailed enough that it will anticipate and attempt to provide a predictable way to avoid any possible points of contention without being either (a) so detailed that, on any given day, someone will be in violation of the agreement or (b) so vague that the agreement provides very little guidance at all.

No matter how your particular case ends, whether it be by trial or through a proper settlement agreement, I am here to address your needs, to advocate fiercely for your best interests, and to ensure that every step of the way you have been treated exactly as I would hope to be treated during such a process.