Here in the Palmetto State, the courts recognize two types of marriage: traditional (formal) marriage, and common law marriage.  The distinction is important — both types of marriage, as well as whether a person is considered married at all, carry important and specific rights, obligations and privileges. 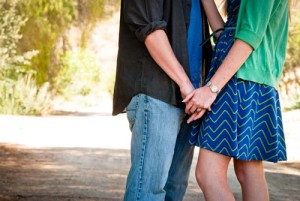 Formal Marriage. Are you married?  Well, in looking at whether a couple is formally married here in South Carolina, the Court is going to ask the following questions:

Common Law Marriage. As noted above, a couple may also be involved in a “common law” marriage here in South Carolina, and the Palmetto State is one of only a few states across the country that still recognize such a relationship.  In the eyes of South Carolina courts, the nature in which a common law marriage comes about is very fact-specific, and in determining whether or not a couple is indeed married in such a fashion, the Court looks at the circumstances surrounding the creation and continuing maintenance of the purported marital relationship.  If the courts find a man and woman to be common law married, that couple may enjoy all of the same rights and privileges of a formally married husband and wife.

In determining whether a couple is common law married here in the Palmetto State, the Court is going to ask the following questions:

Both formal and common law marriages may be dissolved in the same fashions: by divorce, and by annulment.

Same Sex Marriage in South Carolina. On November 19, 2014, the first same-sex wedding ceremony was held​ outside of the courthouse in Charleston County. Previously banned in this state, South Carolina’s ban was ruled as unconstitutional in the wake of the Fourth Circuit Court of Appeals’ 2014 decision in Bostic v. Rainey, which found Virginia’s ban on same-sex marriage to be unconstitutional.

​Same-sex couples face the same highs and lows and triumphs and challenges faced by traditional couples, and the Family Court treats everyone just the same. Should you be in a same-sex marriage and wish to gain counsel, please give us a call.

What is an annulment, and do you qualify?  Well, an annulment is a legal procedure through which a marriage is considered null and void — as though it never happened at all.  In the Palmetto State, for either a formal or common law marriage to be annulled, one of four grounds must have been present at the time of the marriage:

Failure to Consummate by Cohabitation. If a man and woman never actually lived together under the same roof, or if that same couple never engaged in sexual relations as husband and wife, the marriage–whether common law or formal–could be annulled under the grounds of failure to consummate by cohabitation, and considered void ab initio (Latin for “it ain’t never happened in the first place”) for lack of consent.  However, subsequent cohabitation or sexual intercourse may act to “ratify” the marriage in the eyes of the court, making annulment not an option.  In that case, we need to be talking about divorce.

Duress. The marriage of a man and woman is also considered void ab initio in situations in which either party refused to give consent to the marriage — even if a formal ceremony took place and was presided over by an authorized official.  That’s right — think “shotgun wedding.”  For an annulment to be possible on grounds of duress, however, that lack of consent (a) must have been continuous throughout the marital ceremony or transaction, and (b) must have been driven by fear of bodily harm.

Fraud. If the marriage of a man and woman came about due to fraud, annulments may also be an option.  In that case, the misrepresentations which caused a party to be coerced into marriage must be essential to the marital relationship — in other words, the reality behind the untruths which caused a husband or wife to agree to the marriage must make performance of spousal duties impossible, or render the relationship dangerous to a party’s health or life.  For the sake of example: if one party knew that he or she was sterile and did not tell the other party about it, or if one party made false representations about his or her sanity or mental condition, such fraudulent misrepresentations could be enough to serve as grounds for annulment.

Once a marriage is annulled, it is as though the marriage never legally occurred at all, and while temporary spousal support may be available while the annulment is pending, no alimony may be granted after an annulment.  Matters of custody and property division are generally handled in the same manner as during a divorce.

Failure to file for an annulment in time, however, can serve as a defense to annulment.  So, if you are considering annulment, please call me soon for a consultation. Piece of mind is only a telephone call away.