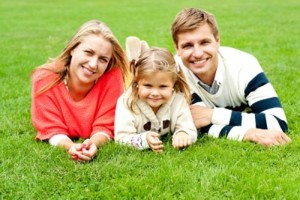 Above all else, it is your children who matter, whose health, welfare, safety and well-being must come first.

Like you, I am a parent. And like you, if I am breathing and awake, I am worried to some degree about my children. I worry that my young son is eating crayons again; I worry that his big sister is feeding them to him. Doing what I do on an everyday basis, I consider myself extremely fortunate that my worries are limited to digestive issues and general misbehavior.

Doing what I do on an everyday basis, though, I often help parents who are truly and genuinely fearful for their child’s or children’s most basic health, safety, welfare and well-being. I help many more who know that their child or children may be safe, but worry about how they are being affected by ongoing litigation.

Being a child custody lawyer, I will always try to keep that perspective at the forefront while handling your case, and will ensure that our attorneys and staff do so as well. We will always have the health, safety, welfare and best interests of your child or children at the forefront of our minds and at the heart of everything that we do.

How Does Child Custody Work?

Here in South Carolina, the Family Court may award parents–and, in some cases, grandparents or third-parties–either sole custody, joint custody, or visitation of or with a child or children. If joint custody is awarded, in the interest of fostering stability and creating a stable home for the child, the Court will likely choose one parent as the parent of primary residence. In some cases, however, parents may alternate full weeks with their child; even in those cases, however, the Court may choose one parent to be designated “primary” custodial parent.

In all child custody and visitation matters, according to the South Carolina Supreme Court’s holding in Moore v. Moore, the best interest of the child is the primary and controlling consideration of the Court. Generally, when presented with a question regarding the custody of a minor child, the Court will consider the following factors:

Rarely does any single factor determine the outcome of a child custody dispute, although some single factors–domestic violence or drug abuse–can contribute mightily to the Court’s decision.

Two factors that the Court does NOT consider, however, are gender and race. Years ago, a doctrine known as the “Tender Years Doctrine” created a presumption that, absent specific circumstances, smaller children should be placed with their mother. The Tender Years Doctrine was abolished in South Carolina in 1995, leaving both parents on equal footing at the start of a custody dispute. While certainly not indicative of future results, since Lowcountry Divorce & Family Law has been open we have assisted numerous fathers in security sole or primary custody of their small child or children, some as young as two, three, six, or seven months old.

Can Non-Parents or Guardians Have Custody?

Here in the Palmetto State, the Family Court may award custody to non-parents and guardians if the child’s natural parents are deemed unfit or otherwise give up their rights as parents. As always and as noted above, the best interest of the child controls, and like in any custody case the Court may appoint a Guardian ad Litem to represent the child in the matter. Generally, in a contest between a parent and a non-parent or guardian, the Court will consider four factors:

While the Court generally favors the parent over a third party, the best interests of the child control. The Court may indeed find in favor of a third-party over a parent if that third party can demonstrate that he or she has served as a “psychological parent” to the child.

What is a “psychological parent?” A “psychological parent” is a person who, on a continuing everyday basis, fulfilled or continues to fulfill a child’s psychological and physical needs like a parent and provides for the child’s emotional and financial support. Again, while not indicative of future results, since Lowcountry Divorce & Family Law opened in 2012, we have assisted in the establishment of legal custodial status for several non-parents who were deemed a “de facto custodian” by the court. In one case, those non-parents were awarded custody of an adorable one-year-old baby girl.

Can a Custody Order be Modified?

All custody orders are modifiable, but not automatically so or at one person’s whim. Generally, but certainly not always, the court which issues the final custody order retains the authority to modify a prior custody arrangement; in fact, determining the proper court in which to initiate a custody action is nuanced, and if you have any questions about where to seek custody, please call us.

Nevertheless, for the court to determine that custody should be modified, three things must be established by the parent or party seeking a change in the custodial status quo:

As noted above, regardless of whether the existing custody arrangement is sole or joint, and regardless of the nature of the custody arrangement wanted after modification takes place, the parent or party requesting the modification of custody must be the one to successfully argue those factors above. Not only that, but that parent must also show that the material change of circumstances is such that it has substantially affected the health, welfare and well-being of the child or children involved.

Case law in the Palmetto State provides that mere disagreements between two parents, or one parent’s dissatisfaction with the way things are going, are generally not considered to be a substantial change of circumstances that would warrant a change of custody unless those disagreements or that dissatisfaction has had an adverse effect upon the child. Courts have set forth some possible grounds for a change of custody, and those grounds include–but are not limited to–the following:

Despite more than one hundred years of case law, courts in the Palmetto State have not yet been able to provide a specific test for determining the best interest of a child as it relates to actions seeking the modification of custody. However, several lower-level court cases have shed light upon and attempted to establish guidelines for such a determination. Those factors include:

At the end of the day, due to the guidelines set forth by South Carolina law and the nature of the South Carolina Family Courts, the nuance of actions to modification of a custody determination suggest that it would behoove any concerned parent to have skilled, attentive and dedicated counsel on their side. Call me for a consultation. We handle every single aspect of every single case, and we would be happy to hear about yours, and answer any questions that we can.

What About Visitation With the Child?

Here in the Palmetto State, if a parent does not have sole or joint custody of a child, he or she still has the right to reasonable visitation to be scheduled as agreed upon by the parties or as instructed by the Court. As with all matters involving children, Moore v. Moore again demands that the best interest of the child be the paramount consideration in all visitation cases.

In some situations, if a parent is found to have engaged in conduct perceived to be harmful to the child’s welfare or morals, that parent may forfeit his or her right to visitation. Similarly, the Court may also impose restrictions or conditions on visitation if conduct could bring harm to the child, though absolute denial of visitation is rare. Instead, supervised visitation may be ordered, as well as restrictions or prohibitions on overnight visitation.

When considering the issue of visitation, it is essential to remember that every case is unique, different parents have different abilities and idiosyncrasies, and that different children have different needs. Cases are remarkably different — some families and children thrive when the noncustodial parent has visitation every other weekend, while yet others thrive when parents split time with the children on a week-on/week-off basis. The latter has proven to be very useful in many cases in which there are two fit parents, as it seems to provide parents with copious amounts of time to be day-to-day parents, as well as plenty of time to handle the not-so-kid-conducive aspects of adult life, such as errands, bills, and more.

However, should one parent deny the other parent reasonable visitation with the child, there are several things that the court may do:

What is a Guardian ad Litem?

In many cases, the Court will appoint a Guardian ad Litem to represent the best interest of the child. The Guardian ad Litem will perform an independent investigation of the circumstances surrounding the child, and will visit the homes of both parents, as well as conduct interviews with parents, family members, teachers, counselors, and other people who have insight into what the child needs to thrive. After the investigation, the Guardian ad Litem will submit a written report to the Court indicating their findings. The Family Court Judge will take the report under serious consideration.

In other cases, attorneys on each side of a particular case will agree on a Guardian for that case. There are many, many fantastic Guardians in the Lowcountry, and we work with many of them on a daily basis. The appointment of the correct Guardian ad Litem, and the proper management of investigation in cases in which Guardians cannot be selected, can have a dramatic impact upon custody and visitation cases.

Above all else, attorney Jeff Schreiber says, he is a dad.

“While I don’t always get that full night of sleep, and while I cannot always watch the programs I’d like to watch on television, being a dad is the greatest joy in my life,” Jeff says. “I cannot even fathom being kept from my son and daughter, but guiding people through custodial matters on a daily basis, I see every day how frustrating and stressful it is to be in an uncertain situation, unsure of the future, concerned about how the children are faring. I get to kiss my children goodnight each and every night, and that blessing is not lost on me. I am a big, big believer in the power of stability, and I will do everything in my power to get you there.”

Peace of mind is only a telephone call away — call us today for a consultation.