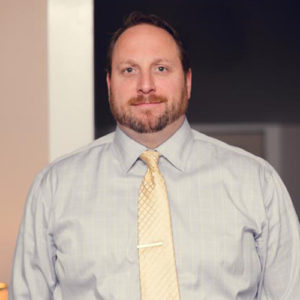 Jeff Schreiber graduated from Auburn University in 2000 with a BA in Journalism. Before finding his way into law, Jeff aspired to a career in media, working for a daily newspaper in South Carolina and a wire service based in California. At the latter, Jeff gained extensive experience reporting on cases pending in state and federal courts in Philadelphia, Pennsylvania.

After receiving his Juris Doctor from Rutgers Law School in tropical Camden, New Jersey, Jeff relocated from the suburbs of Philadelphia to Summerville, where he resides with his wife of more than a decade, two young children, and two dogs of varying size. Jeff worked as an attorney for a Family Law firm in downtown Charleston before opening Lowcountry Divorce & Family Law here in Summerville in August 2012.

In 2014, was named to the Top 10 Family Law Attorneys Under 40 in South Carolina by the National Academy of Family Law Attorneys. That year, Jeff was also elected Treasurer of the Dorchester County Bar Association, and he has been re-elected twice since then. Jeff also sits in his third year on the Bar Association’s Family Court Liaison Committee. He served as Treasurer for the Dorchester County Bar Association from 2014 through 2017, and is now serving as the Vice President of the DCBA. Jeff is in his fifth year as a member of the Family Court Liaison Committee.

A happily-married former child of divorce, Jeff likes to focus on achieving predictability and stability for clients​ while guiding them​ through an often unpredictable​ Family Court​ system and process.​ Outside of the office, his hobbies include spending time with his​ wife and​ children, the occasional tennis match, eating more than he should, and enjoying all that the Lowcountry has to offer.