Even aside from hopes of a career on the silver screen, there are many reasons why people choose to change their names.  Perhaps a wife took her husband’s name upon marriage and wishes to revert to her maiden name either during marriage or upon divorce.  Perhaps a child’s natural father would like for his son or daughter to take his name after being adopted or born out of wedlock.  Or, perhaps a man or woman’s name is simply difficult to pronounce or is otherwise holding that person back in personal or professional life.  Whether the motivation behind wanting such a change is predicated on events such as divorce or merely based upon inherent dissatisfaction with a person’s current name, the courts here in South Carolina are here to help.

The procedure under which the name of an adult or a minor may be changed is very nuanced.  Call me for a consultation so that you and I may sit down and discuss your options. 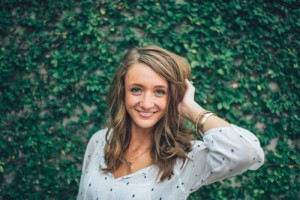 I’m an adult — how do I get my name changed? Well, it depends if your name change is incidental to divorce or not.  Following divorce, the authority given to the Family Court in South Carolina means that reverting to a woman’s maiden name may be as simple as including a provision requesting such a change in the Final Order of Divorce or Separate Support and Maintenance.  However, for a name change not incidental to divorce, or for a change to a name other than a woman’s maiden name, the issue gets a little more complicated.  The State of South Carolina requires that a person seeking such a change take several steps before petitioning the court:

The results of the checks and contents of the screening statements above generally will not affect the outcome of the name change request, but are more to satisfy administrative requirements associated with such a change.  If a person requesting a name change has a criminal background, for example, pursuant to S.C. Code Ann. §15-49-20(D) the proper divisions and agencies–SLED and DSS–are provided with a mechanism through which their own internal databases may be updated.

In 2000, the Court of Appeals in Mazzone v. Miles declined to weigh in with specific guidelines for determining whether a name change would be in the best interests of a child, but did set forth nine factors to be weighed during any such controversy.  Those factors:

Whatever the reason–whether you want to become a star of stage and screen, or if you just simply want your son or daughter to be less susceptible to schoolyard bullying–the Family Court in South Carolina has provided a mechanism by which you can make the proper change.  Still, the process can at times be cumbersome and nuanced — call me for a consultation.

My name is Jeff.  It will be a pleasure to meet you.